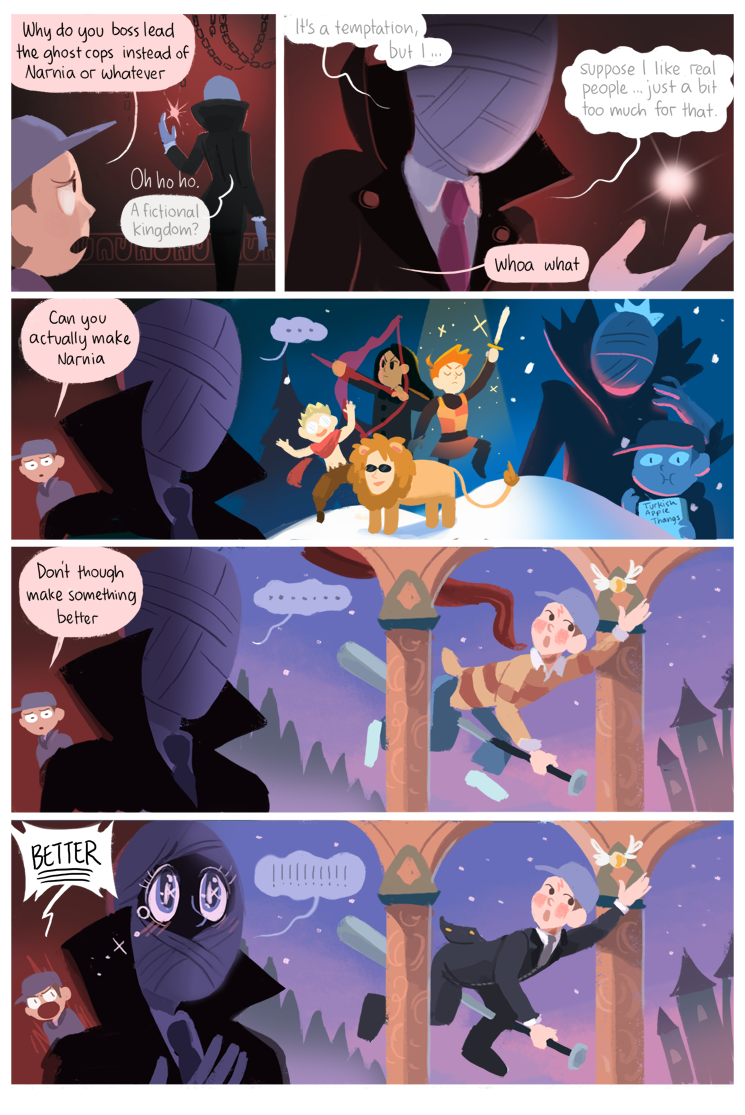 This third guest comic, which references this page, is by my extremely talented friend Gigi, who makes Cucumber Quest. Let's pretend for a second that you're not already reading Cucumber Quest, and that I actually need to sell you on reading a comic that sells itself literally at first glance on pretty much any of its pages. Let me resell you this cucumber that you already ate.

Cucumber Quest is a super fun adventure comic that has great characters, a beautiful, videogame-y world, is humorous throughout, and is basically undeniably a classic in the making. Everyone is a rabbit, unless they're a cat, unless they're a sentient tuba, haunted by ghosts. There's magic and swords and collectible orbs. Gigi's art and imagination are something else, and the something that else they are, is really good. Some of my favorite moments include the expository pages made out of paper and this spectacularly acronym'd device, though I have many, many more. You could write essays about how well Cucumber Quest nails a ton of comics fundamentals, which makes for an extremely readable and extremely enjoyable story. And by "you" I mean "I", and by "could" I mean "totally did".

Gigi is in the comics master class and is at the top of her game in CQ's latest chapter, so definitely check out her work if you haven't already. I can't (and didn't!) praise it enough, or thank Gigi enough for doing this awesome guest comic (sent as "bossleaderismywife.png") for me!