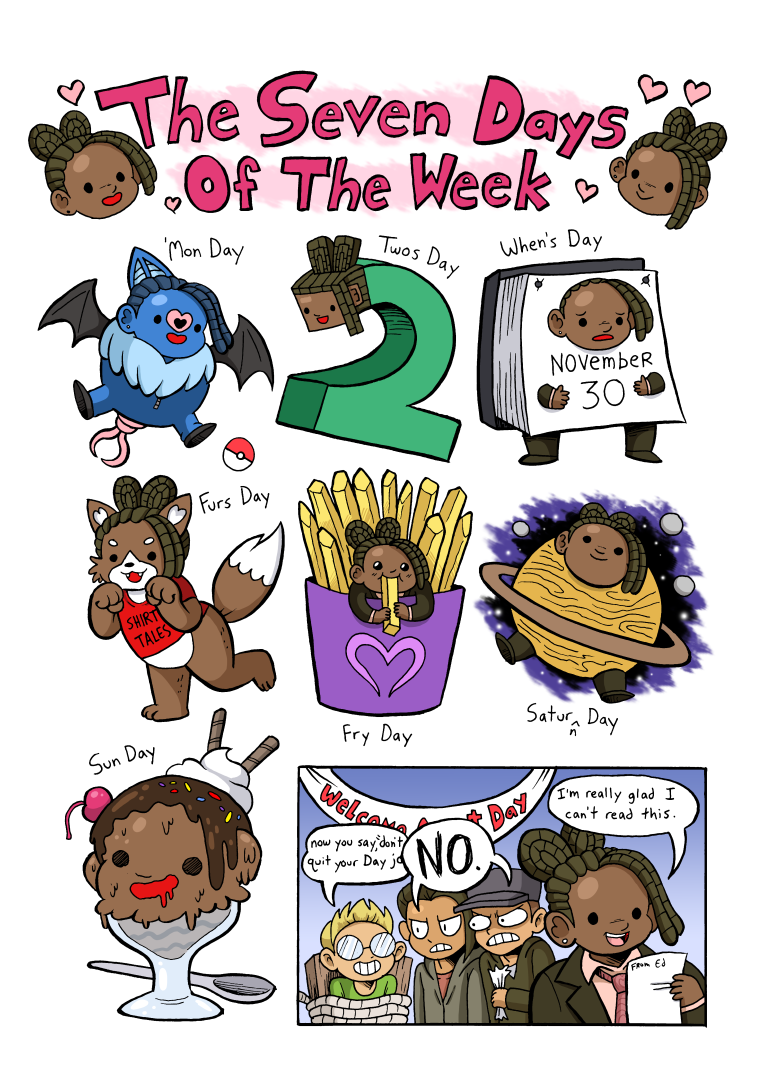 This second guest comic is by my friend Jon- AKA "Greliz"- legendary punsmith and creator of the superb webcomic Beyond the Canopy. Jon is so talented a writer that he is even able to humanize plants. He is aided somewhat in this feat by the fact that his comic's cast is 70% humanoid plant people, a race of which I have several OCs. I cannot praise Beyond the Canopy enough, especially Jon's excellent character designs. His world is bubbling over with interesting creatures, and the backgrounds are always bustling with people and bird people and puppets I often wish had a whole comic to themselves. The dogs throughout this scene, literally every single puppet, this villain, and this frickin' beautiful fish soldier guy are some standouts, to name a few of many, many great designs and character ideas. You can find the same creativity in Jon's paneling, action, set design, and also did I mention his action. His comics are also cute and funny and the man knows how to make flat yellows and reds and probably all other colors look real good. That's probably on his inking? That's probably on his inking.

The whole comic is vibrant and over-the-top, with heavily saturated colors and lots of little details. It feels, like, unrestrained? If that makes sense. If that makes sense as a compliment. Which is what it's supposed to be. Jon has a cool brain and it's really neat to see that brain tackle this plant anime spectacular. It's hard to get across BtC's energy and Unique Tone What I Likes just by describing it, so here's a snapshot of some stuff that represents it well I found reading through it again today:

Whew! That's a lot, but hopefully that + my previous links gets across the "feel" of Beyond the Canopy as I see and enjoy it! Either way, I highly recommend you check out Jon's work. I have a great deal of respect for him as a creator and I'm honored to have his puns in my archives. I am also very very much looking forward to sharing a ridiculous collaboration between the two of us on a certain semi-canon fanfiction hub a while down the line. This is the part where the both of us chuckle maniacally.