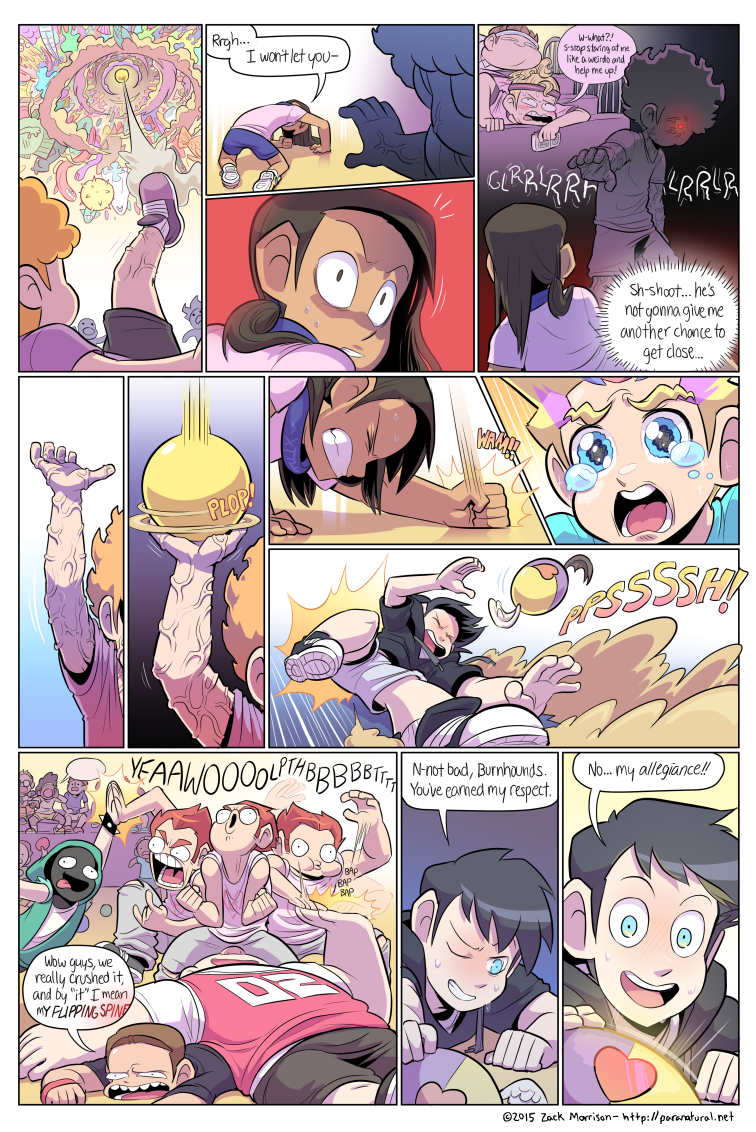 *EDIT* Our table for AWA got moved, see the updated map below!

EVERYONE VERSUS HIJACK AND I GUESS ISABEL LET'S DO THIS

If you'll recall the ancient and noble rules of hitball, Hijeff catching the ball that hit him before it hit the floor means he's in, and Webcomics Sports Anime Kid is super out. DANG!

A few announcements! First of all, Taylor and I will be at Anime Weekend Atlanta on the 24th-27th! Here, have a cool map to us she drew on the house:

Neato! Hopefully I'll see some of you there.

In other news, my wrist is doing really well! It's gotten even better than it was since the last update, and that's WITH working! I am almost back at 100% ;^)

In other OTHER news, I have a few things people who are not me made you guys might want to check out in the interest of SPREADING HIGH QUALITY CRAFT AND NARRATIVE. Stop me if you've heard of them already. Oh wait, you can't: I already wrote this, sucker. Okay, first up, we have Undertale, an amazing RPG video game by Toby Fox. I've had the pleasure of playing through it already and it is both uniquely hilarious and uniquely heartfelt, um, and, uniquely brilliantly written and put-together. So check THAT out. Next there's We Know The Devil, a much shorter and much different game- a visual novel- equally brilliant, and some of the best character writing I've been exposed to. From what I've seen, it's not for everyone, but if you think it might be for you, definitely play through all 3 endings and the Hidden Ending so you can appreciate the craft in its structure. And lastly but not leastly, I really loved this autobio mini-comic by Gale Galligan! It is not only super really funny, it's also Super Really Well-Made Comics, and a great example to look at if you want to see art done smart in action.

Anyways, that's that! I will try to keep highlighting things I find that I think you guys might like down here, especially things that are vaguely similar to Paranatural in interesting disparate ways like these three. They are all things that are going to influence my work down the line, and all things made by artists worth supporting!

A-ANYWAYS. THAT'S THAT! See you Tuesday, thanks for reading!